Top Picks For The Best Minecraft Apps For Kids

What are the best Minecraft apps for kids? Is it a good educational tool? Lastly, what is Minecraft?

Minecraft is a very popular game played by millions of people all over the world. Although the vast majority of players are kids, some adults thoroughly enjoy it too.

Minecraft took the world by storm when it first came out in 2009. Two years later, it was officially released. And that was in the midst of all the game releases banking on games featuring more realism and dynamic features and gameplay.

Who would’ve thought a very basic looking, blocky, pixelated game would outlive all the others released in the same year?

We’ve collected a few of the best Minecraft apps for kids that are notable for being free to download and their ease of use. Some of these apps have a singular use, while the rest have a whole slew of features.

Minecraft is available for PC, Xbox One, iOS, and Android. It costs $6.99 and has in-app purchases that add more depth to the game.

To learn more about Minecraft, here’s a link.

Why You Should Get Minecraft For Your Child

So, if it’s a game, why would you want to include it in your child’s learning program? What educational value does it have?

Do you remember Lego? Yeah, those basic building blocks you played with as a kid. They were once just toys until adults realized the educational value the toy possessed.

Minecraft is basically the digital version of these plastic toys. They basically do the same thing. They help young minds flesh their ideas out by creating characters, maps, worlds, and adventures. This game has the potential, not only to serve as a tool for entertainment but also as an educational app.

Because it is digital, the possibilities are endless. Therein lies its inherent value.

Now let’s look at the apps that can make these more enjoyable for you and your child.

Addons for Minecraft lets you add virtually anything you want to make the game more exciting. You can also edit entire worlds, mobs, and add special items. All you need to do is find the add-on you want and install it, and it’s there for you to use.

What makes Builder for Minecraft PE one of the best Minecraft apps is how it allows you to build virtually anything you desire and port it in-game. You can create buildings, structures, houses, and others easily and use them in-game. This makes building worlds easier than doing it in-game.

If you need more inspiration, you can use pre-built creations and edit or use it in its original form. And just in case you mess up, you can always save and back-up your files.

Builder for Minecraft PE is a free downloadable app. The Pro version costs $2.49. That removes the in-game ads. It also includes additional features that you wouldn’t find in the free version.

Maps for Minecraft PE is a map tool. It allows you to download and install maps created by users. You can also create your own maps and upload them for others to use.

Master for Minecraft is one of the most powerful and aptly named apps in this list. It allows you to basically do anything in the game. You can make your character take on Superhuman abilities. You can control the weather. Add mods. Add maps. Edit textures. Anything you can think of, basically.

These are just some of the things you can do with Master for Minecraft. And that’s what makes it one of the best Minecraft apps in existence today.

If there’s one app in this list of best Minecraft apps you definitely have to go and get, it has to be Mod-Master for Minecraft PE. This is a fully loaded app that you basically can do anything with. It adds a level of playability to the game that you ordinarily won’t have.

You can install mods, add-ons, seeds, create servers, have access to adventure, survival, and PvP maps. What more could you ask for? This basically makes Minecraft a totally new game once you have it installed in your device!

Although this is a free download, getting the pro version will set you back $0.99. That brings the total of your Minecraft game to almost $8.00. Pricey? Not if you look at what you can do after making the purchase.

Free; You will need BlockLauncher

This is probably the absolute app needed for modders. With the Mods Installer for Minecraft you get to install mods and add-ons easily. What makes it one of the best Minecraft apps is how well it does these things.

One setback, though, is that you’ll need BlockLauncher installed. This makes things go smoothly. But you already have that, don’t you?

That and the fact that there are ads are the only bad things we can think of about this awesome example included in the list of best Minecraft apps.

What makes Skins Editor 3D one of the best Minecraft apps in existence is how well it edits skins. That’s what it is primarily made to do. It says it right there on its name. No one would confuse it for anything else.

Another thing that makes it one of the best Minecraft apps ever is the lack of ads when you use it.

Toolbox for Minecraft PE is one of the best Minecraft apps in existence for how it makes everything easier in the game.

How would you like to be able to heal instantly? What about moving from one location to the next in a blink of an eye? Would you like that? Switching back and forth from creative mode to survival mode is also easy with Toolbox for Minecraft PE.

The only thing that stops it from being the top dog in the best Minecraft apps for kids list is the ads that pop up every now and then.

UTK.io for Minecraft PE is a texture pack app. What makes it one of the best Minecraft apps is the additional functionalities it features. This app can download maps, mods, and skins. That’s extremely helpful if you’re looking for creative ways to make more textures.

This is a truly unique tool based on its jam-packed features but some areas leave a lot to be desired. Hopefully, the developers can come in and deal with all the little requests millions of players are making to further improve this nifty app. Only then will it truly become one of the very best Minecraft apps ever.

Now, if only they can do something about all those awfully timed ads.

Minecraft is a fun game. Children go gaga over this game. Parents should look beyond the fact that it’s a game and find out more about its value as an educational tool.

We’ve all played Legos as children. This is the digital equivalent of that. Although there are physical toys released for this game, it still doesn’t beat how limitless it is on a gaming platform. The physical toys limit creativity by the number of pieces you own. The digital version removes that limitation.

Like the special tools provided for the physical toys, these best Minecraft apps for kids, also allows them to have more playability value.

So, should you get Minecraft and download all of the apps included? Sure. Just make sure that it serves what it is intended to do, which is to use it as an educational tool first and an entertainment app second.

Is There Any Educational Value For My Kids When They Watch Minecraft Videos On YouTube?

Yes. Kids learn by mimicking the actions of the people around them. The rise in popularity of these YouTube videos is mainly due to the game’s popularity worldwide. There is always a constant need to appease the curiosity of players old and new alike. These content creators fill that need with the info they provide.

I’m Worried About The Time Spent Playing Minecraft. Is There Anything I Can Do?

Yes. Like everything else that has a recreational value to your child’s education, moderating the time spent on it is key. Minecraft has great potential as a teaching tool.

Ultimately, recognizing its value as both an educational and recreational tool maximizes its potential in the classroom. Always check the time spent playing it, and everything should turn out well for both you and your child.

Are There Any Useful Minecraft Tips Out There For Adults Too?

Yes. The Internet is full of Minecraft tips, tricks, hints, and other helpful stuff for kids and adults. That’s mainly due to the game’s popularity, which continues to rise with each new roll-out. There are thousands of new players downloading the game each day and starting from the beginning.

Learning alongside your child is a good bonding experience that will help you better understand Minecraft’s value.

Do you want more teaching tips and Minecraft apps for classroom and homelearning purposes?

All Digital School has a rich collection of resources and advice for educators like you. We also have experts, teachers, and parents exchanging tips and information on our community boards. Do you want in?

Do you have more Minecraft apps and techniques for teachers that you’d like to share? We want to learn from you as well.

Let us know in the comments below! 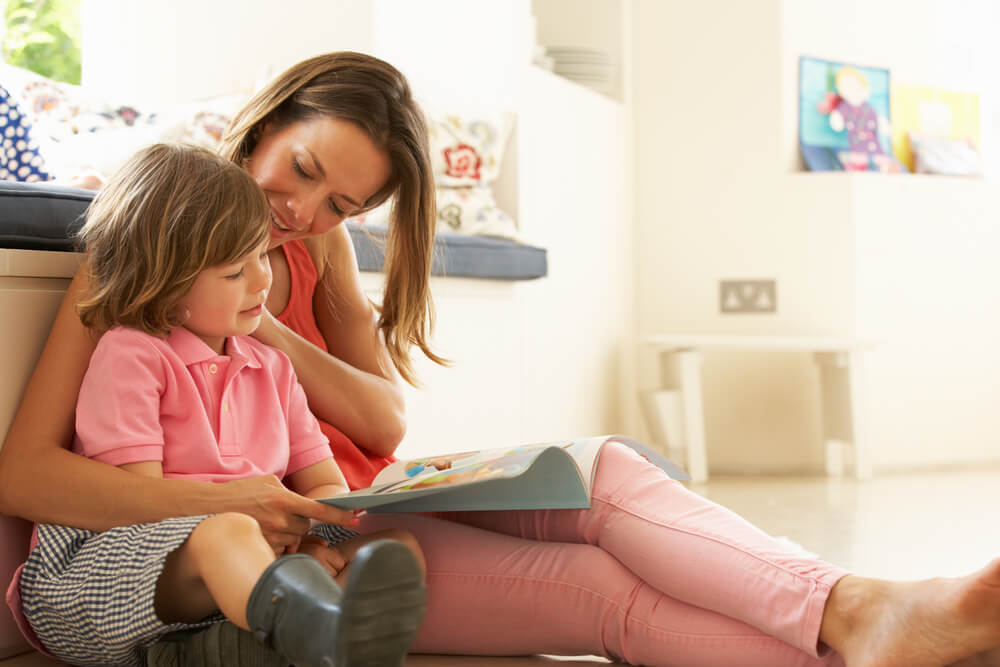 Email0Facebook0Tweet0Pin0LinkedIn0 Rules, rules, rules… something that can bore kids very easily. But rules are not always as tedious as they{...} 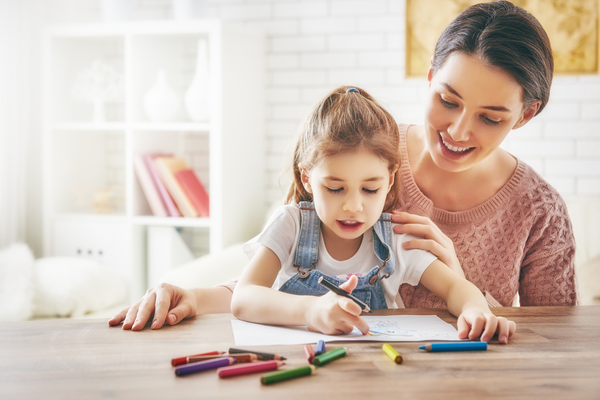 Email0Facebook0Tweet0Pin0LinkedIn0 The COVID-19 outbreak has disrupted education and made children stay at their homes which rose to a new problem:{...} 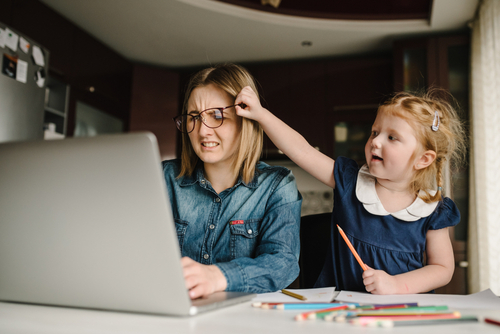 Email0Facebook0Tweet0Pin0LinkedIn0 As supporting parents, it is your responsibility to guide your child to learn. But how will you do it?{...}